STL MLB Player of the Week #14

Our STL player of the week is the veteran hurler Mark Buehrle. Mark is a World Series champion and he is having a very good 2014 season. Technically he is not from STL but from nearby St. Charles. This would be San Carlos for our readers in CA. Any who St. Charles is a nice city to visit, as this was our first state capital and still retains many of the colonial French homes and other buildings in their historic downtown. Mark Alan Buehrle was born March 23, 1979. He grew up a huge Cardinals fan and attended Francis Howell North H.S where he was cut from his school’s baseball team his sophomore year. What? I wonder if he ever goes back and sticks his tongue out at ‘em. Following graduation he attend Jefferson Community College in Hillsboro, MO. Jeff CO as it is called, as always been a very good baseball school.  The Chicago White Sox eventually chose Mark in the 38th round of the 1998 draft. Mark started with Single-A Burlington Bees and had a record of 7-4 with an ERA of 4.10; in 2000 he was 8-4 with a 2.28 ERA with Double-A Birmingham Barons. As a result of this season he was named the Southern League’s Most Outstanding Pitcher. 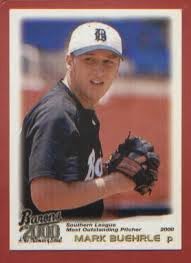 Mark made his major league with the big club on July 16,2000 as a relief pitcher. He threw one inning against the Brewers and gave up one run. Mark joined the Sox rotation the following year going 16-8 with a 3.29 ERA. He threw three complete games and a one hitter against the Angels of wherever. Over the next five years he became one of the most consistent starters in baseball. In 2005 he would be named an American League All-Star and was the starting pitcher in the All-Star game after Roy Halladay couldn’t make the start. In the AS game he threw two innings, struck out three, and allowed no runs, which earned him the victory. The White Sox in 2005 would go one to win the World Series and during their post-season run Mark would pitch a complete game in the ACLS and a no decision in Game 2 of the World Series and his first career save in Game 3. 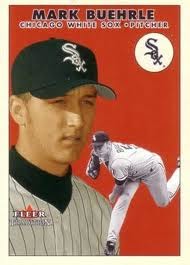 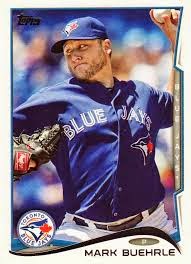