To Grade or not to Grade this is the Question 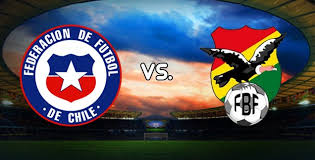 As we sit here watching Bolivia get ripped by a bad call against Chile in the Copa America I wanted to get a post in as I will be out of touch for a little while. 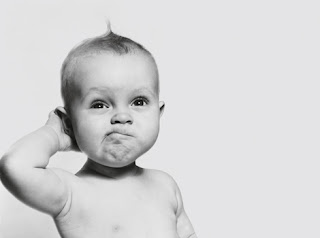 During my most recent episode of great card filing of 2016 I examined our existing Vintage Redbirds and I noted those that we need to upgrade to higher grades and ones we were missing-just to double check. So recently there have been some good auctions of high quality cards at decent prices, well most of the time, on the Bay. So, I have been reviewing the PSA Price Guide to see what those cards would set us back. What I have been trying to figure out is why would someone grade a card that is worth less than the cost of grading ($15 or so?). I thought I might have each team set graded as I complete them. However, at $15 a pop and say 15-20 cards a team set-well you get the  idea. 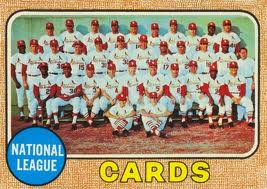 So what my logic has been is to bid graded cards based on their PSA graded value plus a few extra dollars that would allow for the cost of grading. 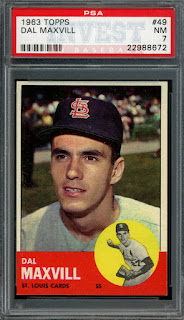 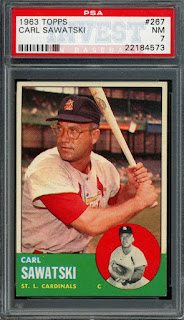 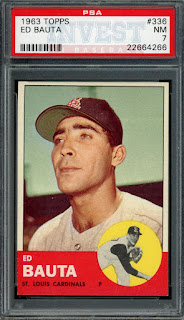 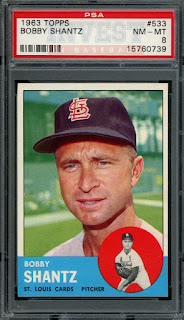 So why would I pay $15 to grade any of these? The answer is I wouldn't. There are some heavy hitter Redbirds I need and these I will pick up nice graded copies but I am not sending the others in just yet. 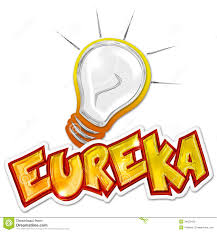 Ever Quest-or is it Vision Quest? 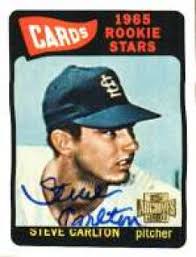 My ever quest for Topps Archives/Fan Favorite/Heritage Real One Certified Redbird Autos continues with some pick ups since my previous postings on these here,here, and here.I actually, was remiss in not also showcasing the Fan Favorites Steve Carlton auto that I overlooked. Three more added to our collection over the last 3 months or so. 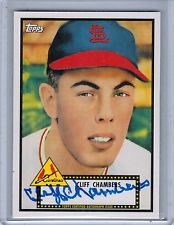 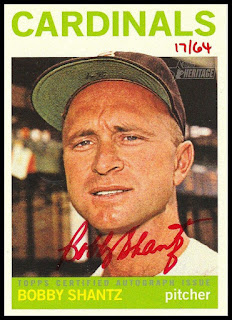 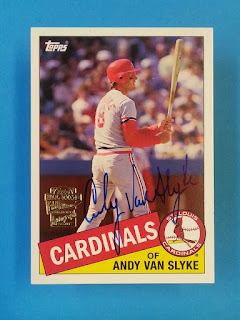 Thank you to Ray over at All Cardinals All the Time Check out his excellent blog here I “discovered” there is a 2005 Fan Favorites Andy Van Slyke. Another design I LOVE. With the Birds for four seasons 1983-1986 he only “won” a series in 1985 with the Birds and unfortunately he didn’t have a chance at another one.

A quick peruse of the recently released 2016 Archives edition show the following Cardinals making their appearance. I will wait to the market is saturated then pick up at least the Perez and Tatis autos.