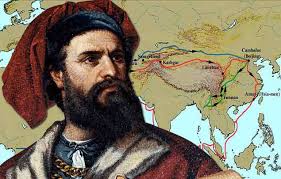 A day before the start of a busy weekend (July 21) the Cardinals swapped Minor League prospects -- Tyler O'Neill of the Mariners for Marco Gonzales. 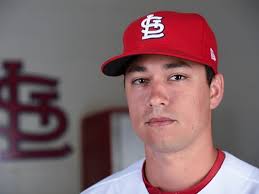 I am kind of bummed for two reasons; one I missed this but also because I know there were high hopes for the kid from Colorado until he had Tommy John surgery April 2016 and missed the rest of the season. 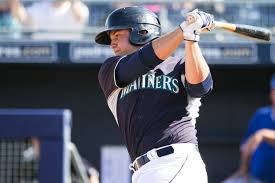 Whom is Tyler O'Neill? He is a 22 year-old Canadian outfielder. Looks like he raked in the minors in 2016. Not sure how this will all end up. I enjoyed Marco when he was a Redbird.
Posted by Man at 8:10 PM 2 comments:

Better than a Blaster Best Blaster Ever-well almost the Best

My parents are safely home after a wonderful visit-now we are trying to get them on a cruise in January. Now for those not living along the coast of California it is hella cold here-I mean 50-60s. While I work in San Jose where it is in the high 80s and 90s. My parents were so cold coming from 100 plus weather, that we even lit a fire! On my 50th birthday I visited my 500th brewery and on for my father's birthday we had a wonderful meal filled with prime rib. 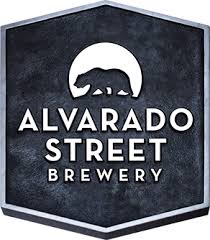 I digress, a week or two before their arrival I visited Target and picked up a couple of discount blasters-one of which seemed to have beaten the odds pretty well-or should I say was a "wife beater" of a blaster. First up a 2016 Gypsy Queen Blaster.

Mini Foil Bill Mazeroski and a  framed mini Gold short print Wade Boggs #21/50 1 in 17 packs? I think it is higher for the SP. 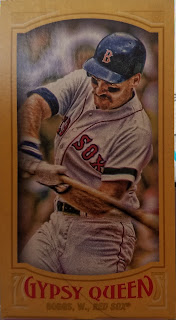 But a couple of packs in to the blaster and a see a card that looks a little odd to me. 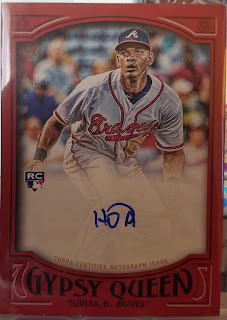 Then I notice it is a Red Framed auto Numbered 3 out of 5! The auto is of Hector Olivera. The odds of pulling the card were 1 in 9,168 packs, yes the odds were one in over 9,000 packs! SO I think to myself I scored a great hit, but alas I Google Hector and find out he is a repeat wife beater! And is likely going to prison this year. So freaking bummer for me, but more of a bummer that he is a DV perp and hurts women. Asshole. 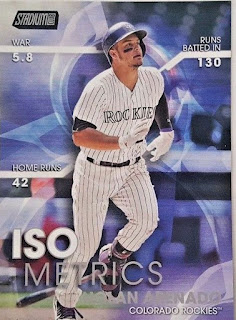 I also picked up a discount blaster of 2016 Stadium Club which yielded a Isometrics Nolan Arenado 1 in 16 packs and a Beam Team of my favorite Giant Busted Posey which is 1 in 256 packs! 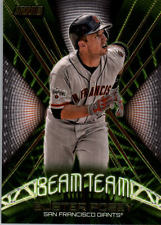 So all in all I beat the odds and did pretty well-wish I didn't pull an abusive ass hat.
Posted by Man at 4:59 PM 2 comments:

I have been a little incog recently because my parents are out-pops is 80 today and I hit the big 50 this past Saturday (bought a couple of vintage cards which I will blog later). I will blog when they head home but I want to pimp the Gint-A-Cuffs 9! Click Here. Good luck!! 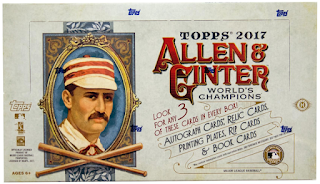 Happy 4th Everyone-have a safe day with family and friends.

While I was incognito Chris over at Nachos Grande held one of his fantastic group breaks. I bought the Redbirds and the Dodgers-and was awarded the Giants as another team. I hoped I would score one the hot young Dodgers' player's  auto, or even another Kershaw. But alas no, and I assumed the Redbirds wouldn't payoff because I have noticed the Birds are slowly loosing their high profile in cardboard-and who could blame the card companies as the Birds don't have a superstar. Here are the highlights-now there were a number of Bunt cards that were pretty cool but Archives and DK really came through for me. I borrowed the images from Chris.

First the image variations from the DK box. 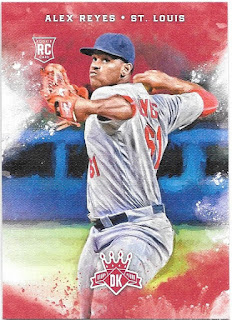 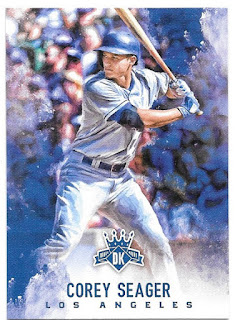 Then Score of Scores Alex Reyes Dual Auto/Relic numbered #49 out of 299! 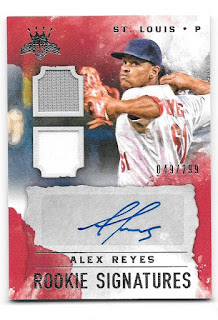 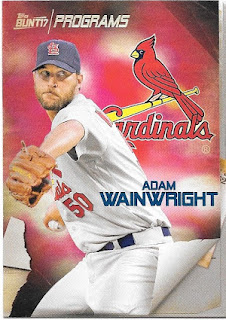 A sweet Archives variation from the Dodgers' break 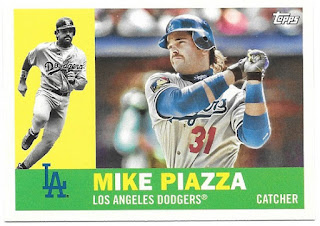 Then the big guns came from the boxes. First, a player I loved to watch-and I was scoping this out on the Bay before going incog. Jimmy Ballgame auto-Sky Blue Fan Favorite #64/75!!! 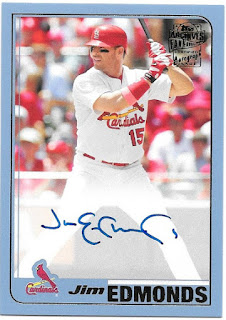 Then the real fantastic pull-according to Chris the Odds of pulling this soft red card were 1:3,315 packs! 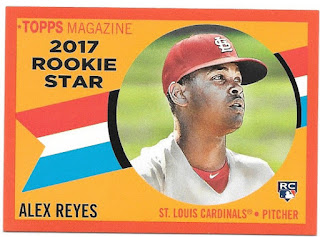