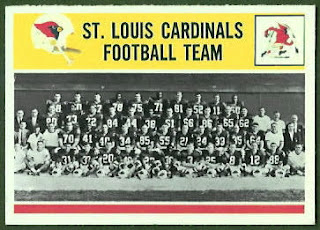 The 1964 Football Cardinals were oh so close to going all the way. The Cardinals in 1964 finished with a record of 9-3-2, and ½ game in back of the Browns who would go on to when the NFL Championship Game December 1964. The Cardinals did well head to head against the Browns, tying them in September, and beating them in December. The Cardinals defeated the Packers in an upset 24-17 in the 1964 Playoff Bowl, which resulted them in finishing third in the NFL. This would be their only playoff appearance between 1948-1974. 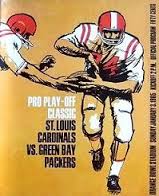 The 1964 roster continued to include stars such as Bobby Joe Conrad, John David Crow, Charley Johnson, Larry Wilson, Sonny Randle, and Jackie Smith. Nineteen Sixty-four would see Willis Crenshaw make his NFL debut. A running back, Willis would play 6 seasons of his 7 with the Big Red. He would end his career with 652 rushes and 2428 yards gained. 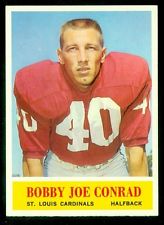 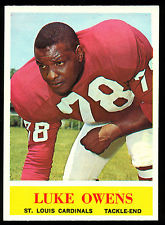 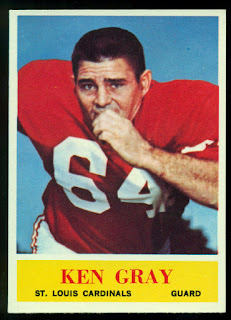 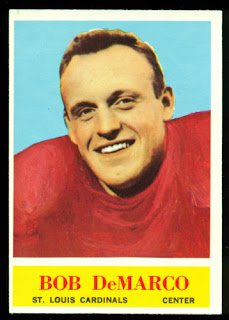 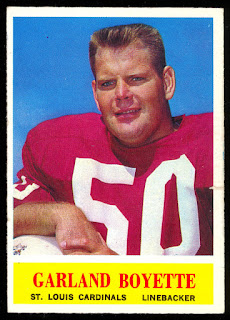 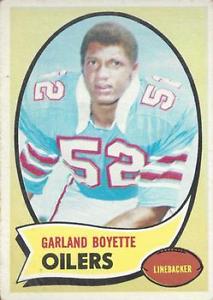 In 1964 Philadelphia Gum was the sole producer of NFL football cards. There were 14 cards (#169-182) featuring the Cardinals including a team card and play of the year card. 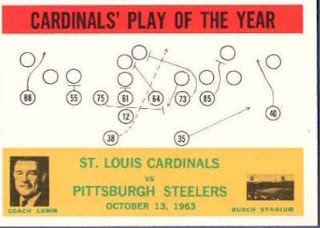 Philadelphia would produce a straightforward design. The front featured, usually, a portrait of the player surrounded by a white border, and in case of the Cardinals a yellow box at the bottom with the player’s name, team, and position. 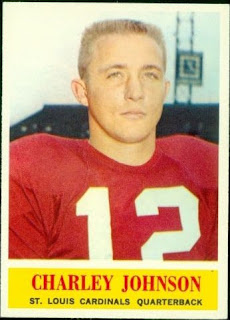 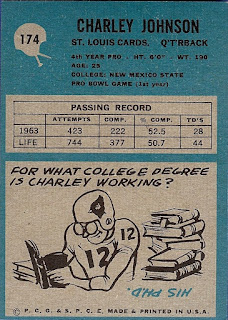 The rear is in blue with card # in the top left corner, to right of the number are the players name, team, position, then year, height and weight, age, and college. A box bellow that has a little story of the given player and below that a cartoon with trivia about said player.

Two interesting cards in the team set are the team and the top plays card. The team card has a nice B&W team shot with a Cardinals helmet and the Big Red running Redbird logo flanking the team name.  The rear is like the regular player card a story and a cartoon. The Play of the Year card diagrams the “best” play of the year along with a headshot of the coach and a small picture of the team’s field. The reverse contains the team checklist, weird one would assume this would be on the team card, as well, as a description of the featured play. 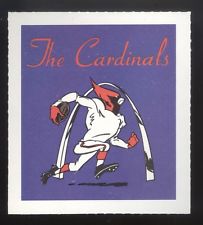 There were two oddball issues in 1964, one was the return of Kahn’s Wieners and the other was Wheaties Stamps. 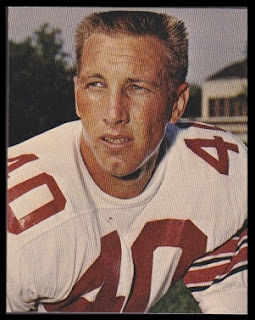 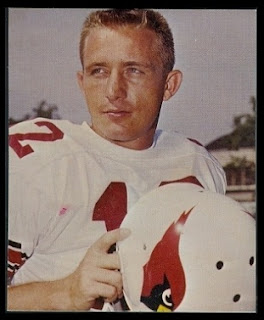 The Kahn’s "The Wiener the World Awaited" issue featured fewer Cardinals than in 1963 with three-Bobby Joe Conrad, Charley Johnson, and Sonny Randle. Unlike previous issues this was the only color issue, each photo was framed with a black border, and unlike 1963 there were no Cardinals’ action shots. The Reverse has the team, player’s name, and vitals and bio information. These must be very hard to find as a search of EBay shows only one Cardinal for sale and this is a graded copy (PSA 10) of Charlie Johnson for $1,500. 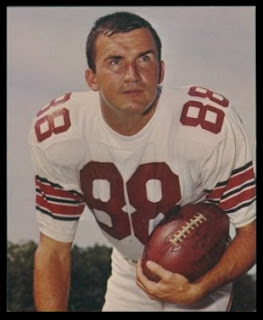 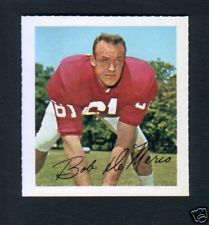 The Wheaties stamps are much larger than actual postage stamps at 2 3/4 by 2 1/2 inches.  Nearmint.Com tells us they are on very thin paper and fragile. I assume therefore mint copies are going to be a challenge. The set consisted of 74 stamps including 4 team photos. Nearmint also provided this image of the actual album as well as a page which would have included the stamps and which you would get in a mail in offer from General-Mills. 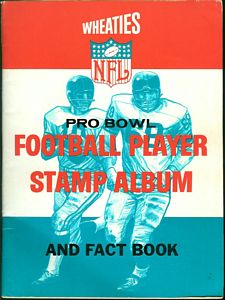 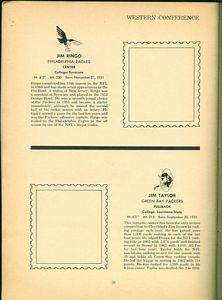 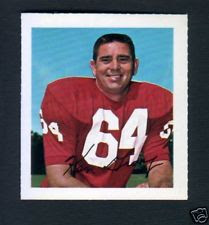 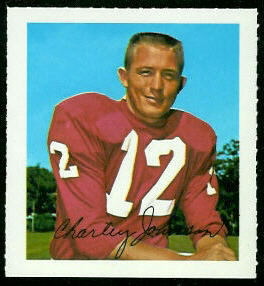 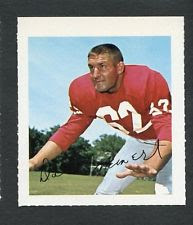 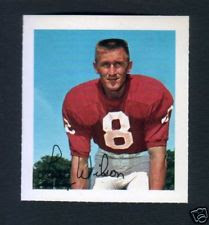 I really like the run of Philly Gum Football Cards-their simplicity and ascetics.