I came across this card when I was checking out Minor League cards-there isn't many cards that say 1970s like this one. This is from the 1976 Cramer Phoenix Giants set. The 1978 issue is on the right. 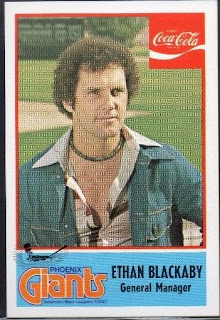 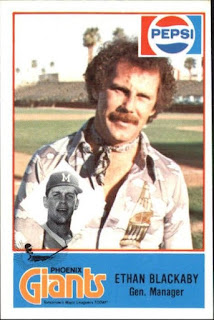 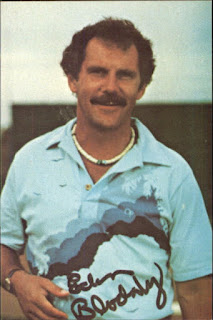 Who is Ethan Blackaby? Well he was a Major League Baseball outfielder who appeared in 15 games for the Milwaukee Braves during the 1962 and 1964 seasons. He managed to hit .120 with one RBI. He later became General Manager of the Phoenix Giants in the 1970s and early 1980s. Here is an article where he talks about managing a Minor League Team Read Here