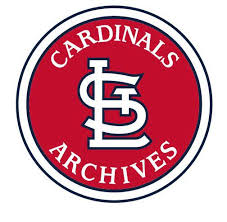 In the way back when I was a “youngster” the Redbirds with three trips to the World Series in 1982, 1985, and 1987 which resulted in two WS Championships in 1982, and 1985* (KC, we all know who really won that series) were the team of the ‘80s. The good times came after not having a post-season appearance since 1968 when they lost the World Series to the Tigers.
These were the players of my youth, I remember others of course. But the staying power of these memories are great and lasting. So when I first discovered Topps Archives Autos I knew we would have to pick up players from those great ‘80s teams.  Who could forget Jack Clark and Game 6 of the 1985 NLCS? I sure can’t. I was attending my local community college at the time and I made sure I was home for the day game in L.A. I mean his homerun destroyed the Dodgers (Homerun). Who could forget the “crazy Dominican” that passed away last year? He was a circus at times but he had passion, excitement, and you never knew what would happen when he was on, or off, the mound. Then we have the current third base coach of the Redbirds Jose “Secret Weapon” Oquendo who has the distinction of having played 8 of 9 positions in the ’87 season. Of course Topps capitalized on this and included 9 different designs in the 2012 Archives issue . He also hit a three run home run in the 7th Game of the 1987 NLCS to help knock out the Giants and those clowns Chili Davis and Jeffery Leonard.  Tom “Tommy” Herr whom I believe is under rated in the Redbird historical constellation. I don’t know what may have happened between him and the Birds but I never see him involved in the organization. He has two Archives issues one based on the 1996 Topps and this one based on the much nicer 1985 Topps issue. The loss of Vince Coleman due to a tarp accident during the 1987 post-season changed everything for the Birds. This guy could run like the wind and helped make the “Running Redbirds” an exciting team. You can ask my wife that when we watch the Boys I always exclaim disbelief at the current Redbirds crappy running game.  I don’t get having a game plan that only allows the player to go station to station? I Just don’t get it.Then last but not least is Terry Pendleton who went on to have a stellar stint with the Braves but was pretty darn good when he wore the Birds on the Bat. My white whales of the 80s Topps Archives Autos are Willie, Ozzie, and Whitey. 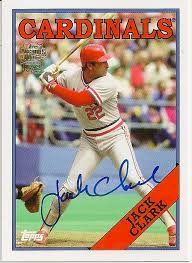 Jack Clark 2012  Topps Archives Fan Favorites, he also has an Archives Auto as a Giant. 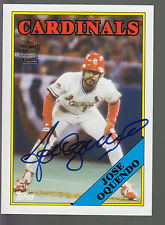 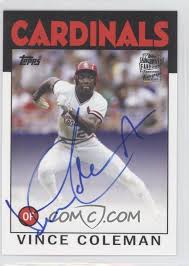 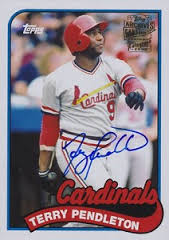 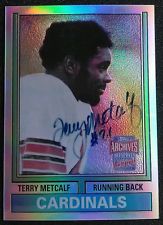 St. Louis has lost the Rams again (yes they were in St. Louis back in the day) and are without a team again. Growing up I loved football-in particular the Cardinals and I have been watching for Topps Football Archives autos from the 80s  and have added one to our collection.

As I sat on a rainy overcast day having a few 21st Amendment brews from up the road in San Francisco I began to scroll through Redbird Autographs on the Bay and it dawned on me how inexpensive the 1999 Fleer Sports Illustrated, and Fleer Sports Illustrated Greats of the Game certified on card autos are. I mean really, probably for less than $10 you can get a Fergie Jenkins, Rollie Fingers, Dave Kingman, or BIN Clete Boyer for $5.99 plus shipping and HOFers for $20 are not unusual. Not only baseball mind you but also football players including Garo Yepremian, Bert Jones, Jim Plunkett, and many others. 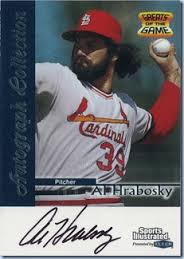 The six Redbirds with autos in the release were Red Schoendienst, Enos Slaughter, Lou Brock, Bob Gibson, Bob Forsch, and Al Hrabosky. Currently we have the Al Hrabosky and the Bob Forsch Greats of the Game. I believe this is the only certified card autograph for Bob Forsch. Sadly he passed away just a few weeks after the Birds won the 2011 World Series. 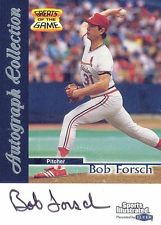 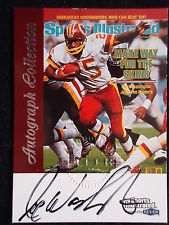 I really like the the Fleer Sports Illustrated auto series because the photos are fantastic, the autos are on card, and they are reasonable. I will look to pick up the autos of my favorite non-redbird players-perhaps a few footballers too.

On the path of life there are often forks in the road that leads you to one career or another. I “walked” up to the proverbial fork in the road and choose a path to become a licensed clinical social worker. The other fork would have led me to a career as an archivist-at least I would have hoped so.  One of our longest and dearest friends is an incredible archivist-formally of the University of California Berkley’s Bancroft Library and now at another UC nearer to us.  I mean I love books, history, organizing etc. Well needless to say I didn’t become one. What does this have to do with the Redbirds or cards? Really not much except I love Topps’ Archives Autographs and unconsciously, well maybe not-have picked up as many of the different Topps Archives autos as possible paying much less than the cost of blasters for them which means no Whitey, Brock, Gibby, Willie, or those expensive 2015 Archives Signature cards.


This will be a series of 2-3 posts-probably with little verbiage except for the cards. I am going to group them by era-or at least to some degree. I will also do away with the distinction between Fan Favorites, Reserve, etc except in rare cases. 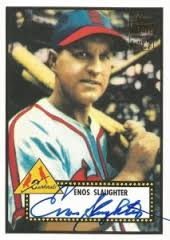 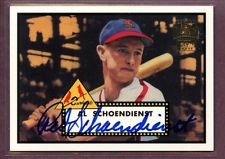 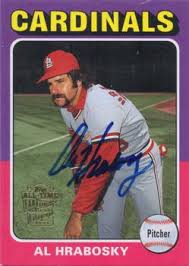 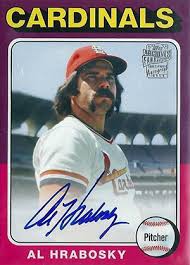 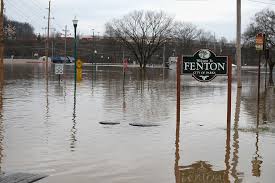 WOW has it really been nearly two months since I last posted? Unbelievable and disappointing, none the less here we are about a month until pitchers and catchers report.  I hope everyone had a safe and joyous holiday season. We went back to the STL to spend the holidays with my parents and of course this coincided with a historic flood. The suburban town (Fenton) I am from was on the news a great deal as was the neighboring city of Valley Park. We were flooded in but not out-my parents live on a large hill far from the flooding-so we were able to get out and meet friends the first two days after that-then we couldn’t leave the little town I am from (though food , craft beer, and STL style pizza was easily had)-which was a bummer as we had planned to hit the Cardinals’ Hall of Fame and gift shop down at Busch, then hit a couple of breweries and a world famous soul food restaurant, but alas no. Again, no complaint as we weren’t sandbagging for our lives. 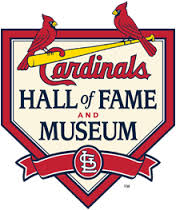 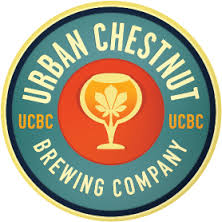 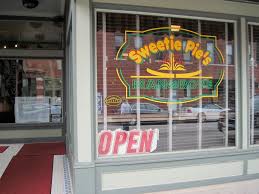 While flooded in I was able to hit my parent’s basement where I discovered I had some 1977, 1978,and 1979 Topps football cards and by the looks of it a large number of them. However, we were loaded down with STL beer and Italian sausage for the return trip and I wasn’t able to take them home.
I plan on writing a 2016 collecting goals and review of the previous year. I am looking forward to the card show at Serramonte Mall later this month and hope that it bounces back as there aren’t any other options around here. Perhaps (Yes, Fuji went to one) Sacramento has some card shows? I hope I don’t have to find out.

, the last was a die-cut 10th Anniversary A&G from the National, 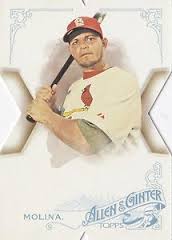 and the best was a one of one A&G glossy-mini which set me back $30 which was the most expensive card of the year too. Until next time-cheers and Happy New Year! 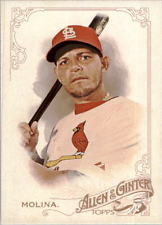