Not sure how many readers know that the Atlanta Hawks were relocated from St. Louis and before then relocated from Milwaukee. I haven’t picked up any Hawks cards simply because they are not cheap-and/or I have started trying. Recently I picked up three cards from the 1961 Essex Meats set. There are 14 standard sized white stock cards in the set with a posed shot on the front and player bio and stats on the back-pretty straight forward. These are unnumbered and the key cards are Cliff Hagen and Bob Pettit. However, the most expensive is the very short printed Sihugo Green. Beckett doesn’t indicate why it was short printed. Sihugo was number one overall in he 1956 NBA draft-ahead of Bill Russell! Only one of the 1961 Essex Meats’ Green has been submitted to PSA.  Beckett also doesn’t indicate how distributed. I assume either with packages of some meat products or as a mail in offer. They were however distributed by Bonnie Brands. A simple Google search failed to turn up anything on either of the two. The three cards I picked up were Fred LaCour, John McCarthy, and Bobby Sims. 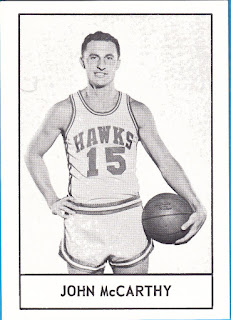 John McCarthy was an All-American at Canisius College. Drafted by the Rochester Royals in the 1956 NBA draft. He ended up playing six seasons between the Royals (two), Hawks (three), and the Celtics (one). 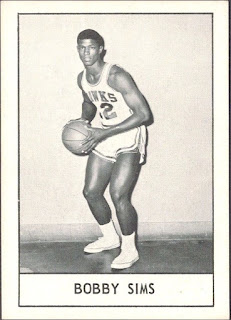 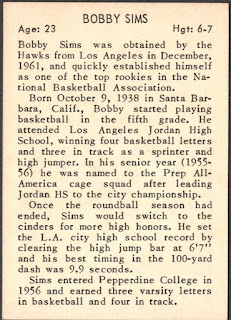 Bobby Sims played in both the NBA and ABA. Drafted by the Hawks in the 1960 NBA Draft. He averaged 7.7 points, 2.7 rebounds and 2.3 assists per game for his career.

“Who knew he was a Redbird!” I thought the first blog post after my refocus would be “Who knew he was a Redbird!” Diehard Redbird fans of a certain age will probably recall-but admittedly I forgot that Orioles great (inducted in to their Hall of Fame in 2006) Doug DeCinces was a Cardinal, though for only four games at the end of 1987. 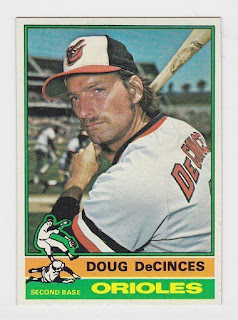 In 1988 Doug left the Majors and headed to Japan where he played for the Yakult Swallows though he was out because of a back injury for the last two months-this would be Doug’s last professional ball. There are two regular Doug Cardinals' cards. 1988 Fleer (regular and glossy), 1988 OPC, and 1988 Topps. Only the Fleer has him in a Redbird uniform. Unfortunately Doug got himself in a little insider trading trouble a few years ago-sad way to be remembered. Here’s to you Doug-a Cardinal oh so briefly. On a side note this is El Classico weekend. Hala Madrid Refocus, AKA Lost in the Fog of Blog 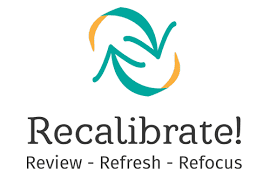 Time to refocus-I think I have gotten lost in the fog of blog. What the heck do you mean? Well, when I first began blogging it was to discuss Cardinal baseball cards AND baseball players. However, it then became a vehicle to show off purchases and it was when this shift occurred that I last focus. So henceforth, I am refocusing the blog to focus on a balance of these two interests. 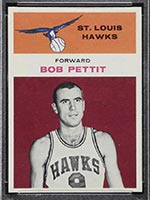 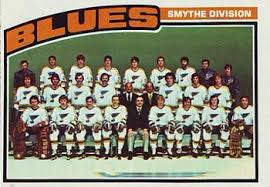 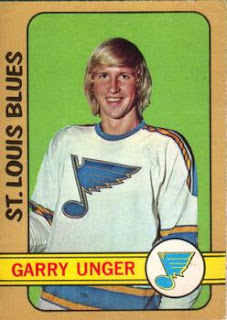 However, I will from time to time have postings of St. Louis Hawks and Spirits basketball, Cardinals football and even some St. Louis Blues cards and players. In spite of my $$ going towards cards I do not purchase a huge number of cards-though recently I picked up a lot that turned out to be uninspiring to write about here. I have been picking up vintage cards to fill in team sets. I even picked up a few discount blaster boxes which yielded some autos which was nice. I want to go back to having thematic posts “Better than a Blaster”, “Where are they now”, “Get a load of that name”, “Major Leaguer from the STL”, and a new theme “Who knew (players that played for the Cardinals that I forgot about or didn’t know)?” an example would be Fernando Valenzuela and I may continue the football Cardinals series-since that is finite in its length. I enjoy blogging, as currently it is the only outlet that I have to express any type of creativity. I have also appreciated “meeting” some new folks, even a few in person. Having said all of that, look for whatever I pick up at the annual Cow Palace TriStar show the weekend of the 28th. Cheers and thank you for reading!