Happy holidays to all and to all a safe New Year

To all my friends who read this blog we wish you the best possible holiday season you can have for you and your families. May your gifts only consist of baseball cards and baseball card products. Of course I have to point out that Santa does wear Cardinals' red. 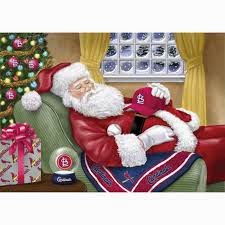 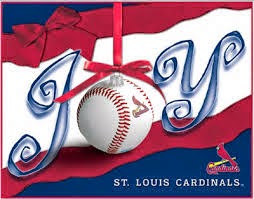 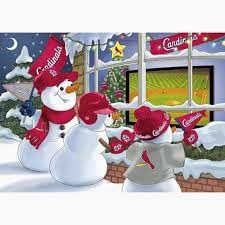 All in all not a tremendous value as I prefer to hit .20 cents or less per card for the nicer premium issues when we buy these lots but being able to add a significant chunk of Gilkey and Gant cards to our collection was highly satisfying.

When one looks back at the Redbirds of the past many fans will easily identify Bernard Gilkey and Ron Gant as being the face of the Birds in the early to mid 1990s.

Bernard was born in the STL in 1966 and made his MLB debut with the club September 4th, 1990. He spent 5 years with the Cardinals before being traded to the Mets. He would also spend time with the D'Backs, Red Sox, and Braves. He had a career batting average of .275 with 118 home runs, and 546 RBIs.

Ron Gant was born in 1965 and would play for a total of nine MLB teams including the Cardinals. Ron would spend 1996-1998 with the Birds although he wasn't particularly effective as he broke his leg in 1994 and wouldn't play again in 1995. In 1997 he struck out 162 times and had an average of .229. He eventually was traded along with Jeff Brantley and Cliff Politte to the Phillies for Ricky Bottalico and Garrett Stephenson.

Some day I will write an exhaustive post about my love of the cards issued in the Mid to late 1990s and thankfully it was this time when RG and BG played for the Cardinals. Having a large hole in our RG & BG collection I bid on these two lots from a dealer on EBay that had provided us with some really excellent lots in the past. Both lots I put together for one Better than a Blaster. Total cards for both were 123 cards. Of these we were able to add 55 to our collection with some of the others going out to fellow Cardinals' collectors. Here are the highlights of the lots.

What a loss, what a pioneer. Thank you Sy for making the Baseball Card world what it is now. Sy Berger Passed Away and he will be missed. 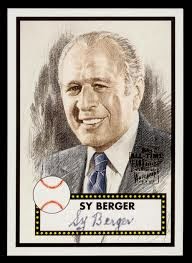 So I finally broke down and bought our annual Topps Update Jumbo Box and to my shock there was no Yadi parallel or regular issue. Nope not one Yadi in the Update release for the first time since 2008. The best card in the box, is it this one? 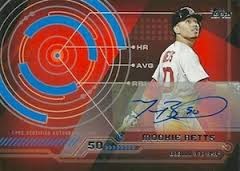 Nope not this one. The best cards in the box are the ones I pulled, I kid you not,  consecutively . I don't know what the odds are but they must be high. These are the best cards pulled from the box-again consecutively. 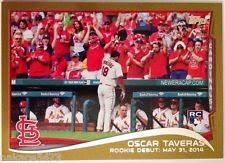 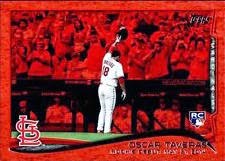 Yes I pulled these consecutively. My wife I watched this game on MLB Game Day. We will never forget this game when he hit is first MLB homer.  Rest in Peace Oscar.
Posted by Man at 6:40 PM No comments:

Sweet card-hard to believe we are thinking this far ahead. Thanks to Cardboard Connection for the mock.
Posted by Man at 7:47 PM No comments: 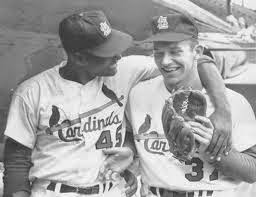 After a shaky start in the early 60s Ray came into prominence during the 1964 WS Championship Season when he went 20 and 11 and helped the Birds grab their first WS Championship since 1946. It was Ray who may have put the final nail in the coffin of the ‘64 Phillies after their historic meltdown during which they blew a 6 ½ game lead with 12 games remaining as of September 20. Ray beat them for his 20th victory on September 29th.

The 1964 season may have been the high mark for Ray’s Cardinal career as he wasn’t able to perform at that level in 1965 when his ERA went north. He was traded to the SF Giants for Orlando Cepeda on May 6th, 1966. Cepeda and the Cardinals the following year would win another Championship and were close to winning again in 1968. 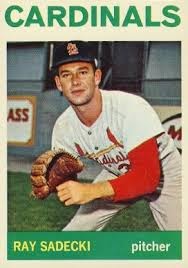 Thank you to all for staying with me and for the kind words.
Posted by Man at 4:11 AM No comments:

To Listia or To EBay that is the question? 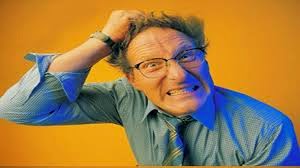 So I have been thinking for sometime that I need to move cards that I don’t need or I could send to fellow bloggers -I.E the Brewers, Pirates, Reds, Padres, etc. But then what do I do? Pick the sets I want to complete? I do think I need to sell those cards that I deem unwanted in some way or form-such as Relic Cards of Carlos Santana. So I have been weighing the best way to do this-Listia? I am not certain how much a credit is really worth? A penny, a dollar, what exactly? How easy is it to move cards on Listia. What does Listia get out of it and does it cost me? I have researched EBay and man it looks like a pain in the arse but I suspect it is the better way to move large amounts of cards. I am not looking to make money only looking to move cards from my house to another person’s house and to use what ever I do make to turn back into Redbird cards thus saving money, or at least not costing me more. What is a collector to do?
Posted by Man at 4:09 AM 1 comment: