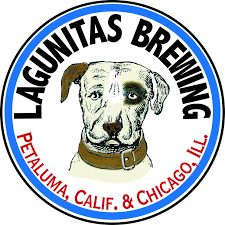 I love beer-not your run of the mill excuse for bitter water-nope. Craft beer made by craft breweries-and I would count large regional Sierra Nevada as part of the craft family. None the less, a few days ago news broke that one of our favorite craft breweries and somewhat local Lagunitas sold out totally to Heineken. Originally owner Tony Magee sold 50% off a couple of years ago. So today I bought my last Lagunitas beer. Sad really. 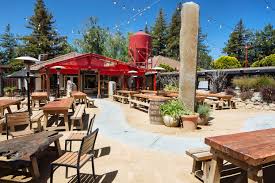 For my 40th Bday we and a group of friends went up to Sonoma and hit Russian River and Lagunitas. Actually, it was the first weekend the beer garden/tasting area was open-see picture above from their website. Here is my last 12 pack. 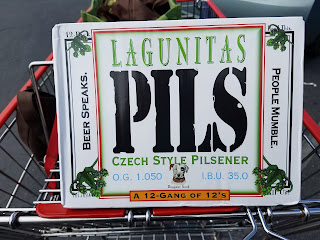 About 6 years ago my wife and two of our close friends were headed to Celebrator Brew Newspaper Anniversary party in Berkley that always coincides with San Francisco Beer Week. We stopped off at a few spots before heading to the party. One of which was the  Beer Revolution beer bar in Oakland. As we were getting ready to leave the older guy jamming in a one man band by the door announces "Hey my name is Tony Magee and I am the founder and owner of Lagunitas and for the next hour all Lagunitas beer is on me". OMG! Never will forget that, but no more Lagunitas for me.