Time for a quick brief TriStar post-as usual the show had plenty of sports stars, HOFers, and local players to sign for a few days. This year Matt Williams and Goose Gossage were among them and spent some time talking baseball on stage with a TriStar interviewer. I heard some of it and it was interesting to say the least. Following the show I drove about 2.2 miles further in to San Francisco and hit two new breweries, to me at least. Mr. Haverkamp they were real close. First up-Laughing Monk. Solid lineup of interesting beers-I tried a Mango Gose and a Salted Caramel beer on nitro-have to say the second beer wasn't bad, but should have been a smaller pour since it was on the rich side. The day I visited it was their second anniversary-so I picked a 750ML of the anniversary beer and walked about 10 yards-more or less to Seven Stills Brewing and Distillery. Nice place, interesting concept-when they brew a batch they put half of it in a still to make some whiskey. The other half the finish off as beer. The beer I had was good-the glass even better, and the whiskey even better. I tried a sampler, picked up some whiskey-one made with Russian Imperial Stout,  a Framboise, an IPA, and a bottle of vodka and a four pack-then headed on home. 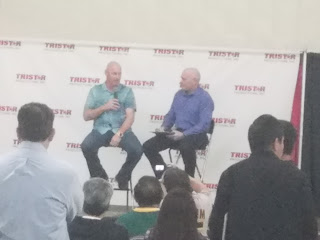 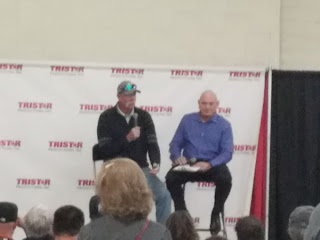 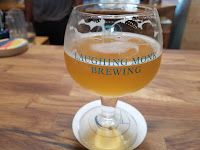 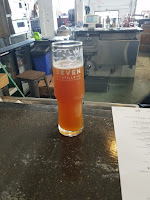 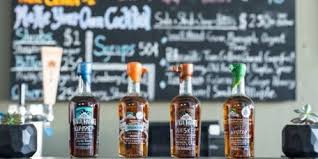