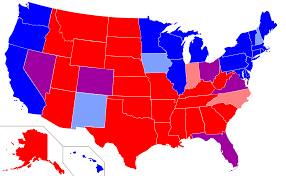 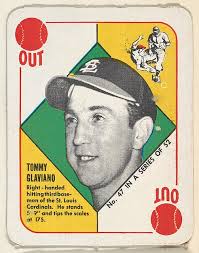 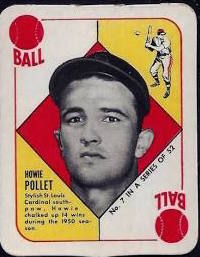 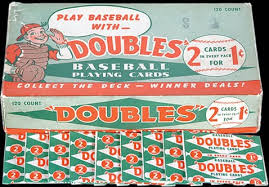 I find the diminutive 1951 Topps Red Backs to be very attractive and approachable. Lucky for collectors, and not for hard-core investor, a find of boxes of Red Backs in 1980s has kept prices down and made them very affordable.  I haven’t been able to find the story behind the find but one of the fantasies I have is to be that person that finds some unopened vintage boxes. 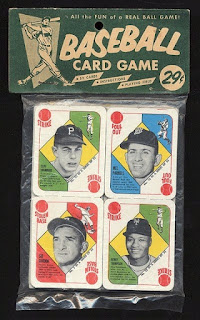 The two 52 card Red and Blue Back issues were available in packs of two for a penny, which also included a piece of taffy, mmm… taffy. The Red Backs were also issued in hanging plastic “rack packs” of all 52 cards for a whopping 29 cents and because they were designed to be played as a game it came with a game board as well. 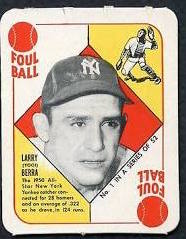 Here are two videos, one is from Antiques Roadshow on which a women has her grandfather’s 1951 Red/Blue Back Topps valuated and the other is a penny pack being busted, which is of particular interest as it relates to one of the subjects of this post.